A new version of Tasker is out! Download it here!
If you don’t want to wait for the Google Play update, get it right away here.

90% of users probably end up the same kind of automations, just with different parameters:
…just to name a few. The problem is, most users probably
For all of these users, Tasky is the solution! 😁
Tasky is special begginer-friendly mode in Tasker that you can switch to at any time!
Instead of making automation programmable like in Tasker, Tasky makes automation configurable!
Instead of having to manually setup all the triggers and actions for a certain situation, you just find a Tasky Routine that already does what you want and you just configure it to your liking!
When importing a Tasky routine, you go through a bunch of prompts and configure it just the way you like it! To illustrate the examples above:
As you can see, you got all of the specificity and none of the work! 😍
TaskerNet already has thousands of Tasky Routines ready to import and while some of them might not be as configurable as needed, I did make this video explaining the best way of exporting your Tasker projects so that they are configurable on import!
You can also use Tasky as a stepping stone to learn more detailed automation in Tasker! You could import some Tasky routines, switch to Tasker and there check out how its “insides” work so you can tinker it to your heart’s desire!
Hopefully Tasky will allow many more people to come in to the Tasker ecosystem and benefit from its powerful automation capabilities!
Below are some new Tasker features that (like for all Tasker features) can also be used in any Tasky routines!

Get text, current URL and more from the currently opened app with the new Get Screen Info action!

For example, you could make a YouTube video’s description selectable by detecting which video is playing with this action, getting the description from the YouTube API and showing it in a Tasker scene so you can select it!

Historically Tasker has always needed hard to give permissions (root or ADB Wifi) to be able to toggle Airplane Mode. Not anymore! 🙂

Use Quick Setting Tile Actions on a Locked Device

Some actions should be done quickly and hassle-free, like for example, quicky turning on a light. Now you can do stuff like that with Tasker’s quick setting tiles directly from your lock screen!

…or when the task is ran, make it ask you which app you’d like to open the URL in as shown below. 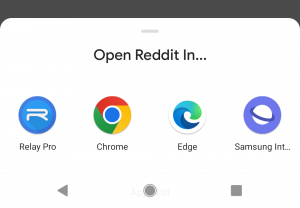 Get lots and lots of info about your battery so that you can use it in your tasks and scenes!

Get a color of a pixel of any image, including your phone’s screen. Automate based on the colors of a certain part of your screen! 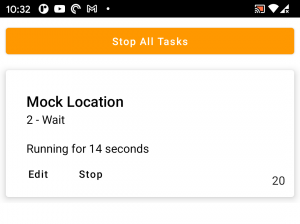 You can now check if you have any running tasks and stop them if you want in the new Running Tasks screen..

The Active Profiles screen allows to have an at-a-glance look of all your active profiles in a single screen.

The full changelog for this release can be found here.

You can comment and give feedback on this release here. Enjoy! 😊

You may recall that Tasker gained the ability to be called from Google Assistant a while ago. Did you know that if […]

A new version of Join is out! If you like videos to go with new releases, here’s one to give you an […]